Skip to main content
All Groups
Agriculture and Gardening 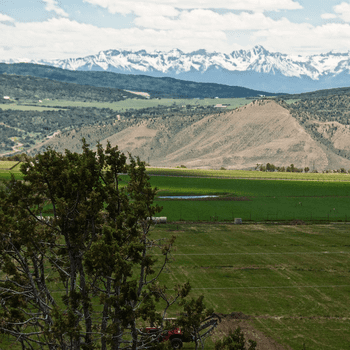 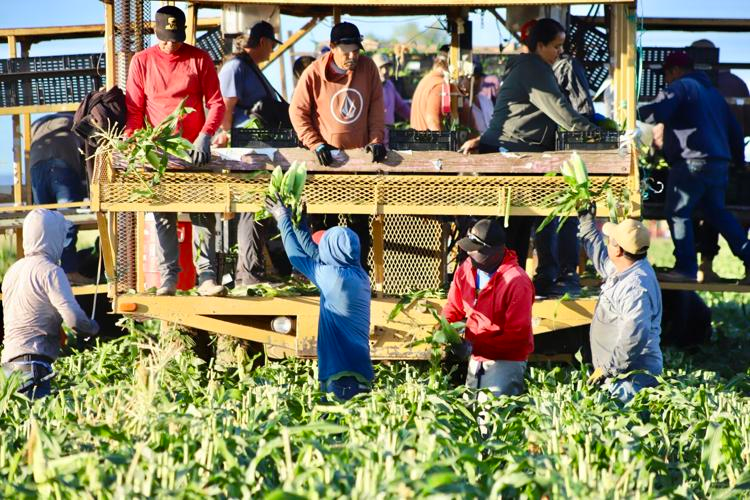 You probably caught the past few front pages, featuring the famous "Olathe Sweet" sweet corn, brought to you by local farmers and migrant workers.

John Harold and crew at Tuxedo Corn will be getting an estimated 500,000 to 600,000 cases of the sweet stuff into grocery stores and other vendors nationwide — as well as providing the signature fare for the annual Olathe Corn Festival.

Yes! The corn festival coming back, and for the 30th year. The fun starts at 10 a.m. Aug. 6 with a parade in downtown Olathe. Check out the details here.

I want to thank Joseph Harold for getting up bright and early this past Sunday and taking the harvest pictures for us. Joe, John Harold's son, is a go-getting young man who has helped the Daily Press immensely over the past several years. Thanks, Joe!

I also want to give a shout-out to William Woody, whose harvest photos (and story) were recently published in The Colorado Sun. William is a longtime Montrose resident, a former Daily Press photographer. When William isn't capturing the world through his lens, he is busy as the city's public information officer. Keep it up, William!

Finally, I need to recognize the farm laborers who provide America with food year-round, not just during corn season.

Once, several years ago, I tried my hand at picking corn in one of John's fields. I was determined that I could do it; thought that although other Americans who showed up to work almost... (More)

Interested in BLM's work in bat monitoring and conservation? I'll provide updates as I sit in on Wildlife Biologist Emily Latta's talk.

You can join here: https://westernslopeconservation.org/speakerseries/

There are no current endangered bat species, but bats do face threats fueled by climate change and White Nose Syndrome (just to start). WNS has killed roughly 6 million bats to date.

Bats on the sensitivity/threatened (likely to soon become endangered) list:

Spotted bats (Colorado's rarest bat)- there were two observations recently! One was around Montrose and another was near Hotchkiss. Latta noted this was an exciting sighting for BLM workers.

Hi all, I am looking for some different fencing options for my house. I am mostly looking for a temporary solution that can last a couple years until I'm able to invest more in it. Doesn't have to be pretty. The main requirement for this fence is to be sturdy enough to keep my dogs from wandering and meeting cars when they come up my driveway.

At the moment, I'm thinking that a T-Post and wire solution as the simplest and most affordable while getting the job done, but my research has been short. I'm also juggling between doing this myself or asking a local business to do it as I'm not familiar with how difficult it will be for 2 people to do.

I did look at a few local businesses (England Fence, Kaylor Fencing, and Rustic Metal Fence and Gates LLC) and either have gotten an estimate or am in the process of requesting an estimate. However, I can't tell yet if these businesses do this simple option with "temporary" in mind. For example, England Fence has a "Field Fence" option but that uses 4" wood posts and those seem more permanent.

Are there other more affordable options I haven't looked at that would accomplish what I'm looking for? Am I being too cheap with this approach? Are there other businesses I should look into?

I formerly was the Operations Coordinator at the Daily Press and have since moved into a new role as the CFRT Program Manager for a new Beginning Farmers and Rancher Program that is start next January run by Valley Food Partnership. I wanted to share a little about the program will everyone.

In 2021, Valley Food Partnership (VFP) applied for a USDA Beginning Farmers and Ranchers Development Program Grant as part of its mission to creating a network of food and added cost producers that will create a vibrant and strong food system across the Uncompahgre Valley and the Western Slope.

In August 2021, VFP was awarded a 3-year grant to start a new project, in partnership with Holistic Management International, focused on providing new farmers and ranchers with holistic management, water conservation, and soil health training along with mentorship and internship opportunities with local experienced farmers and support with land access. This program was officially announced by USDA- NIFA October 27, 2021.

The Cultivating Farmers and Rancher that Thrive (CFRT) Program is committed to helping Hispanic, low-income, veterans, and specialty crop producers find a place in agriculture. These populations oftentimes find it hard to break into the business and we are committed to help remove barriers of entry.

The CFRT Program will consist of 11 classes with participants able to apply for mentorship and internship placements. CFRT will also be giving participants access to the Western Slope Food and Farm Forum, other special events, and several farm... (More)