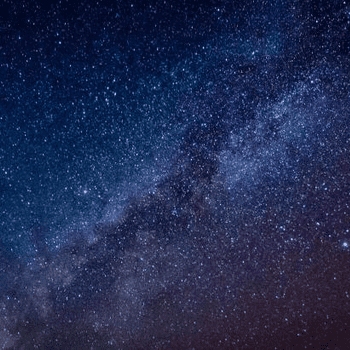 You may have already heard, but there's supernova-level news in the science world! This week NASA unveiled the deepest photos of the universe ever taken, including a planetary nebula, all with the help of the James Webb Space Telescope (JWST).

The $10B telescope, launched in December, has successfully captured images that progress our understanding of how the universe evolved as early as 13 billion years ago!

The initial photo (seen above), released Monday, shows a massive galaxy cluster emitting enough light to showcase even more distant galaxies. As large an area as this covers, it's still comparable to a "grain of sand held at arm's length by someone on the ground," NASA explained.

What are your thoughts on this latest discovery?

This gives me hope.

I’m spending this month in Wales and saw this story on BBC last night.

1 reply
Reply
Someone liked a month ago
Discussion

Colorado passes Dark Skies funding legislation that would help places like Paonia fight light pollution. What are your thoughts?

The Dark Skies Promotion and Designation bill will fund grants to areas seeking International Dark-Sky Association recognition. One such area is Paonia, where a group of residents have been trying to get Dark Sky policies off the ground. However, it's not certain Paonia will receive a grant, as the bill allows for only four applicants.

If the town received the grant, much of the money would go to lighting changes, but it could also go toward dark sky events for the community. Check out Cassie Knust's full article to read what Dark Skies Paonia chair Aaron Watson thinks about the grant.

What do you think about the bill? Are you happy to see the state supporting Dark Skies? Do you think the funding ($35,000 in total) will make a difference?

Sean replied a year ago
Discussion

What do you want to know about Dark Skies in the Western Slope?

Later this week, we'll be sharing our latest episode of Mo-Town Knows, our conversation series and podcast where we interview local stakeholders about the news in Montrose.

Up this week: Dark Skies and the movement in the Western Slope. We've had many conversations in the past on NABUR about interest in Montrose around Dark Skies, so we'd like to give a condensed briefer on the subject to answer any questions you might have.

We'll be interviewing a few local leaders in the Dark Sky movement. Do you have any questions for them? Anything you'd like to see done in Montrose? Any question about the meaning of Dark Skies, or opportunities to get involved? Comment below and we'll be sure to answer.