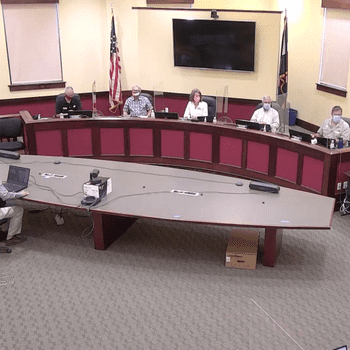 Eric Kelley will be seated on the school board while a recount looms. What do you think about the situation?

Montrose County election officials are moving forward with a required recount in the District F school board election, which will need to be completed before the end of the day on Tuesday, Dec. 7.

Kelley's opponent, Dawn Schieldt, is the only "conservative slate" candidate still technically in the race, with her two running mates losing to Alice Murphy and Sarah Fishering.

Per Staff Writer Anna Lynn Winfrey's reporting: "MCSD has approximately $20,000 budgeted for election-related costs, but it is unclear how much money has been spent in this election cycle so far." The county clerk isn't certain how much a recount will cost just yet.

Unlike the other five candidates, Eric Kelley did not engage in any campaigning because he objected to spending money on a non-partisan, volunteer position.

What do you think about the recount? Are you hoping for a different result?

Wayne liked a month ago
Discussion

The county clerk and recorder is going forward with a re-tabulation of the 2020 votes. Do you think it’s necessary?

Clerk and Recorder Tressa Guynes said she doesn’t suspect any problems with the 2020 vote, but is going forward with the re-tabulation to assuage any concerns that county residents might still have.

The re-tabulation will be done through a contract with Clear Ballot at a price of $18,490. It’s not an official recount, but is instead meant to check whether the Dominion voting equipment used returned the same results.

Per Assistant Editor and Senior Writer Katharhynn Heidelberg’s reporting, Guynes said they’ve seen zero evidence of any voter fraud, but the re-tabulation is for the community’s sake.

What do you think of the re-tabulation? Is it a necessary precaution? Were you concerned about voter fraud in the last election?

Liked by Linda L Gann and 2 others

George liked a month ago
Discussion

Montrose women march with new organization “Montrose Women March.” They rallied Saturday for reproductive rights and education. Did you attend? If so, what did you think about the event?

Montrose Women March walked down Townsend before holding a presentation at the courthouse. Event participants expressed concerns for national threats to reproductive rights, as well as the consequences for underserved communities who face challenges regarding reproductive needs and support before, during and after birth.

The presentation given dealt with sexual assault statistics and personal stories from speakers, while marchers in attendance also expressed a desire for quality sex and reproductive education for everyone, not just young girls.

To get a sense of the energy at the event, listen to Jayne Bilberry introduce herself at the courthouse in the audio clip below.

Did you attend the march on Saturday or see the event? If so, what were your thoughts? Have you attended similar events in Montrose before?

Liked by John Alford and 1 other

The pocket park on Main Street may receive some improvements soon, including Dark Sky lighting. What other public spaces in Montrose need an upgrade?

The tiny strip of walkable space between San Juan Construction and Synergy One Lending is due for improvements, according to the city. As long as the city receives the state department of transportation grant they’re applying for, the changes will go through.

Along with Dark-Sky-compliant lighting, the pocket park should be getting new benches, bike racks and artwork. Also, a tree that obstructs the view would be removed.

With the scheduled renovations in mind, do you think there are any other public spaces around Montrose that need a similar upgrade? What kind of improvements need to be made?

Liked by Annette and 1 other