Skip to main content
All Groups
Your View — Letters 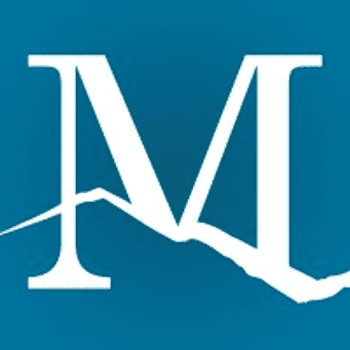 A public discussion board for letters to the editor published in the "Your View" section of the Montrose Daily Press Opinion pages.

Lucia Rodriguez retires after 47 years at the Montrose Regional Hospital

got my attention. First, that it is a phenomenal feat that a person could be so reliable and loyal that they clock 47 years at a central institution in Montrose!  The second thing that got my attention was the comment of how does one get recognized for an incredible feat? I immediately thought that a full size color picture of her beautiful smile, in the hallway with all those other photographs of people who have made a difference at the hospital. That would be a stupendous way to celebrate her commitment to the hospital. I wonder if anyone else on the wall put in 47 years! Felicidades Lucía!! I hope to see your picture on that wall!

The election is just over a week away and we’re getting a ton of letters to the editor. Here’s one from Carol McBride. Do you agree with her position? Are you ready for all of this to be over?

I was very disappointed to see Don Coram publicly endorse two democrats. One for CD3 and the other for AG. The problem with endorsing democrats is you also endorse the platform that they stand on. And that platform is covered in the blood of 60 million babies who died in abortion clinics. And that platform also includes unconstitutional gun control laws, defunding the police, open borders sexualizing children in public schools and the drug trafficking that is killing our young people, because of democrats open border policies. As well as the destruction of the energy industry that is adding to the inflation that is making life difficult for all citizens.

I thought I knew Don and understood his principles. Apparently I didn't know him as well as I thought I did. I will no longer support or defend him, publicly or privately. And I voted with the Montrose central committee to censure him. I still do not agree with the current Montrose county republican executive committee  but I definitely do agree with the republican platform and its principles. I'll be voting for Lauren Boebert and John Kellner. I may disagree with other Republicans about who I support in the republican primary but I always vote for the republican in the general election. As a Christian my conscience will never allow me to vote for a Democrat.

As the Colorado district 58 representative the citizens of this district could not ask for better representation than we get from Marc Catlin. This citizen legislator was born and raised here in Montrose. He has a very diverse background that makes him uniquely qualified to represent the citizens of the western slope in the Colorado state house. This man serves in a legislature that is controlled by democrats 41 to 24. But even with those odds he is so well thought of in the Colorado general assembly that he was elected as vice chair of the agriculture, water natural resources and Livestock committee. Now mind you with democrats in complete control of the general assembly they put him in a leadership position. That speaks volumes for this mans character. Every candidate running for office claims they will reach across the isle to work with the other side to work in a unified manner for the citizens they represent. Marc Catlin actually has a record of doing that.

Marc Catlins opponent is neither a long time resident Of the western slope nor is he qualified to deal with western slope issues, and the history that makes the western slope of Colorado so unique.  He claims to put people above party but his leadership position in the democrat party suggest otherwise.

I strongly urge everyone in HD58 to vote for Marc Catlin.