Don Coram is officially running for Congress. Do you think it's a good move? What do you expect out of the race?

Marina Zimmerman  is the only other Republican challenging Boebert so far. She has not reported any contributions so far to the Federal Elections Commission, while Boebert has raised nearly $2.8 million in the first nine months of 2021.

Coram said that the ideological split within the GOP is causing the party to shed members, and that more and more Coloradoans will become unaffiliated.

What do you think about Coram's decision to seek higher office? And have you been satisfied with his tenure in the state legislature so far?

While it's true many Republicans disapprove of Representative Boebert's rhetoric, for better or worse she's not shy about making it clear exactly where she stands on the issues faced in the House.

Still waiting to hear some specific positions on the current issues Mr. Coram would be dealing with as a US Representative. The "issues" statements on the website are pretty generic, bordering on platitudes. 8 or 9 of the ten could be from any Colorado candidate, from any party, for any office from dog catcher to President.

Moderate might = "Truth".   Boebert does not practice that simple concept.  How enlightening it would be to elect a politician who believes that the Western Slope is worthy of that.

At least you made an attempt to answer the question.  So Truth equals a moderate?  Whose Truth?  Your Truth?  My Truth?

Don Coram is a nice guy.  He has failed to protect Montrose from the liberal Democrat attack on our school system (the mascot issue will cost us over a million bucks).  He stood by and did nothing when the Democrats in our state made selling a hunting rifle to my son-in-law a crime.  Don reaches across the aisle, you bet; but Don should have been screaming and hollering at the unjust actions of the Democrats over the years.  But Don is nice.

I haven't seen Boebert do anything to change any of the issues you have with Coram. As far as I can tell Boebert has spent the last year twitting, finally figured out her husband makes $450K a year from the oil and gas companies, paid her over due taxes, got her G.E.D. All of that is okay, I guess, but I expect alot more from my representatives.

Just maybe that is because Boebert is our USA rep and Coram is our state rep?  I am pretty sure that she would not have any say about these issues; but maybe you know something that I don't about the difference between a state representative and a national one.  I would love to learn what you know about the differences.  I have not said that Boebert is awesome; just that Coram failed to represent us local folks here in Montrose on some very important issues.  But you know what?  I am glad for broadband.

Don has said that he is a moderate.  I am not sure what that means.  I know that a conservative believes that our nation's Constitution is our foundational rule of law.  I know that a liberal wants to reinterpret the Constitution to make it a 'living' document.  I am really not sure what a moderate is.  My guess is that a moderate just doesn't stand for anything.  Perhaps, Don can tell us.

As far as reaching across the aisle, I wonder if Don would have voted as the lone Republican for the financial disastrous ACA?  (I have friends whose monthly premiums jumped from $600 a month to $1,200 a month and their deductibles jumped from $2,000 a year to $15,000)   Just how far does Don's arm reach?

In that vein, I am not sure what a conservative is. I used to think it meant a desire to lower government spending, stress conventional morality, and have some fealty to the Constitution - but now I see it mixed up with waitresses carrying guns, and rioters invading federal buildings and attacking police officers. I'd like to see more conservatives disavow the latter actions.

I am a Constitutional conservative; and as such, I believe in many of the things that your statement espouses.

As far as the rioters on January 6th, those actions were wrong, just like the BLM sponsored riots were wrong in the summer of 2020.  Rioting is criminal and should be punished to the fullest extent of our law (both Antifa, BLM, and Proud Boys sponsored riots)  Many in our Republic have the misguided idea that conservatives support what happened on Jan 6.  That is a misguided concept.  I do not know of any of my conservative friends who think that the riot that day was right.

Thanks for your take, James. I just want to provide a little bit of context on these points. BLM is not an organization, but rather a broader social movement. There are some organizations that support the movement or use its name, but it's much larger than any one organization. Proud Boys, on the other hand, is an actual extremist organization with leaders and even an initiation ceremony. In other words, the actions of "Proud Boys" can usually be appropriately deemed as actions condoned by the organization. Actions that occurred at a Black Lives Matter protest, on the other hand, should not always be deemed as actions condoned by the larger social movement. Antifa (anti-fascists) are a bit of a different beast, since it's also not a organization with any kind of organizational structure, but antifa protestors also are a little more secretive and coordinated in their collective action methods (This NYT explanation  is a great introduction).

To be clear, I'm not trying to correct you James and I appreciate your comment, but since you referred to those three names in similar strokes, I just wanted to provide some context for everyone else on the thread.

Thanks, Sean.  I do appreciate the differences that you pointed out.  I must have missed that point where BLM apologized for the riots that occurred at their protests.

What I mean is "BLM" wouldn't/can't apologize for any violence because it's a movement rather than an organization. There is a national non-profit that uses that name, but the broader movement and idea is much, much larger (millions protested last summer). Additionally, there are plenty of rifts between grass-roots activists and the national non-profit, so it just isn't quite fair to equate the non-profit organization with the entire movement.

I don’t think that’s completely accurate, Sean. While there is a 501(c) identifying with the movement, IMHO what most people associate as the ‘face’ of BLM is the Black Lives Matter Global Foundation, Inc.  They credit themselves with “Founding the Black Lives Matter movement”, originating #BlackLivesMatter, they put out official statements, take and distribute donations, facilitate coordination among grassroots groups, and sell “official, dope gear”. So maybe it would not be unreasonable to expect a disavowal of the 2020 destruction and police attacks from them, the most active, visible organization in the movement. ? But of course this is quite a thread drift from Don Coram’s primary challenge... ;-)

100%, sorry for dragging us off-topic. Part of my job here is to provide additional context to misleading or incomplete claims, which is why I wanted to chime in.  Anyone can choose to see the face of the movement as any particular group, but I do think it's important context that many activists do not see the foundation as speaking for them, and that the movement is larger than the group, so the two are not fully synonymous. Let this be the last comment on that front though, because we've definitely gotten a bit far away from Don Coram :)

I am relieved, ha!  Back on topic.  NABUR asked what do we expect?  I wanted to write this before, but thought that I would be wrong.  I was not.

Hey James, I understand you're concerned about this, but I do want to let you know that the Montrose Daily Press reporters refrain from letting any political allegiances or bias affect their reporting, let alone sharing any public endorsements of candidates. While MDP publisher Dennis Anderson does write an opinionated column where he has talked about Coram and Boebert, he does not make editorial decisions in the newsroom. That task falls to Managing Editor Justin Tubbs. In addition, the MDP has not traditionally endorsed political candidates (like many other papers do via their editorial board, which is detached from the paper's news teams). As such, it is very unlikely that the MDP will do that this year for the upcoming primary.

On the topic of letters to the editor, the MDP publishes the vast majority of letters it receives, so if you do have an opinion to share that you don't think has been reflected in the "Your View" section of the paper, I'd encourage you to submit your own letter.

Actually, I am not bothered by it.  The MDP is a private business and can do whatever it wants to do.  I believe in the freedom of the press.  I am just saying what I expect.  So, I was not surprised by the rather large opinion piece in Saturday's paper which endorsed Don Coram and I do expect more of the same.

BTW, I have often shared my opinion in the 'letter to the editor' section.  I enjoy reading the vast variety of opinions reflected from the Montrose community.

Hey Robert, just wanted to let you know that we try to limit the amount of all caps "yelling" on the site. Appreciate your take nonetheless though.

Thanks for this reminder!

I have worked with Don and commend him on his commitment to Western Colorado and rural interests.  He can accomplish much in Washington.  Boebert is not effective and accomplishes nothing for us.

I love the comment "When do we stop reaching across the aisle when only the Republicans are reaching?" I totally agree. If we want to reach across the aisle then vote Democrat. Otherwise have someone that is willing to stand up for what's right AND constitutional.

This will be an interesting primary, that's for sure. Let the adobe-mud-slinging begin!

In only a couple days I've been told many times that Coram can "reach across the aisle". Seems that's about all I've been told about his campaign. He will likely find that a lot of West Slope conservatives feel it is always Republicans doing the reaching...

I'm sure I'm not the only one who thinks it's equally important to know, before voting, at what point he snatches that hand back!

Ms. Boebert  always votes no and never accomplishes anything.

Boebert is embarrassing.  Let's get someone in there who is professional and competent. 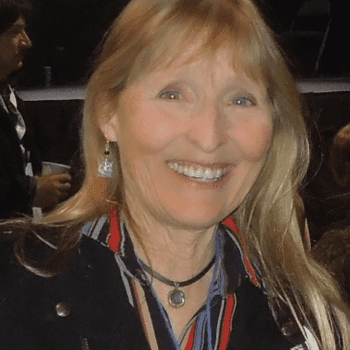 Coram has a record of reaching across the aisle in our state Senate to get things done. It seems reasonable to expect he'd bring the same ethic to Washington.  So much better than Boebert. With the redistricting, he may now be the best bet for effective representation.

We are new to Montrose.  From Front Range.  I am a registered Independent.  Boebert must go!  I was happy to read Don Coram article in paper.  Much more of a Centrist. A good representative of what politicians used to be ... honorable.