Interested in BLM's work in bat monitoring and conservation? I'll provide updates as I sit in on Wildlife Biologist Emily Latta's talk.

You can join here: https://westernslopeconservation.org/speakerseries/

There are no current endangered bat species, but bats do face threats fueled by climate change and White Nose Syndrome (just to start). WNS has killed roughly 6 million bats to date.

Bats on the sensitivity/threatened (likely to soon become endangered) list:

Spotted bats (Colorado's rarest bat)- there were two observations recently! One was around Montrose and another was near Hotchkiss. Latta noted this was an exciting sighting for BLM workers. 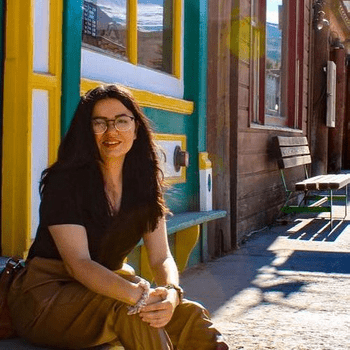 And that's a wrap! I'll be going through notes tomorrow to fill out this thread with more information I may have missed in the moment. Stay warm out there!

It's time for Q&A! Latta joked about getting stumped by some great questions and looks forward to researching these more.

Will this fungus (White Nose Syndrome) affect our houses?:

What do you advise if you find a bat in your home?

Where is the highest concentration of bats in Colorado?

For migrating bats, do you track any individuals?

How can we encourage bat populations at our own homes?

Is there a way to slow or stop the spread of WNS?

What species are known to occupy bat houses?

Can citizen scientists get involved with bat monitoring? Protocols must be adhered to but is there a way to partner with private land owners?

If an owl bites a bat with a white nose, does the owl become infected?

I've lived on a farm for 40 years and would commonly see bats on and around the farm. In the past 10 years, I've seen none. The last bats I saw were dead near my patio door and I'm sure they were brown myotas. I have been tested for rabies as I moved them. I'm wonder if you have any notiion as to why there's been a decline? (Located near Sunshine Farm between Paonia and Hotchkiss)

We have placed numerous bat houses up and agree with you as we haven’t see that these are not attractive to the bats and we haven’t seen the activity that we once had…are bats affected by light pollution?

Bats aren't equally detectable since their calls can overlap and sound pretty similar. The analysis process is time consuming and requires human eyes and ears. Latta explained that it requires indepth training and BLM outsources by hiring an expert in the analysis field.

So, while BLM aims to retrieve at least one high quality bat call per night per species in the area, multiple bat calls and overlapping species can really dampen the results.

BLM has technology units to record audio 30 minutes before and after sunset/sunrise. Things to consider when setting up sample sites:

Latta is with the Montrose BLM office and is going over monitoring techniques that the office uses. Techniques include acoustic monitoring and mist nets that allow the office to monitor in real time.

But how does acoustic monitoring work? BLM uses the North American Bat Monitoring Program (NABat) records a bat's call! It looks at the frequency of the call and studies the various kinds of calls. Some bats have a very specific call signature while others may overlap in their calls.