Your View — Letters to the Editor
Posted 2 months ago

Stopping climate change is a conservative cause

Many years ago I read the famous book, “On Death and Dying” by Elisabeth Kübler-Ross where she theorized there are five stages of grieving. Many people in our community are still stuck in the first stage, denial, when it comes to climate change and its impact on our part of the world. Meanwhile, some of us who understand the science and have followed the issue for many years are slipping into the depression stage as massive plumes of smoke from 1,000 miles away blanket our skies. Nor are we immune to the problem. Notice how we always seem to be in drought or talking about a low snow pack?

Unfortunately for Montrose, these trends will impact both agriculture and tourism, two industries very important to our community in the present and future. I have heard more than one lifelong conservative Republican in this area acknowledge that the climate has indeed changed. Thank you for moving beyond denial!

However this means it’s time to take a good, hard look at what the Republican party says and does. Protecting the future of the planet is a conservative value, however the Republican party is the last major political party in the world that remains in denial. Often we hear, “but what about our jobs?” without any acknowledgement that entire industries (agriculture, tourism) are threatened now and in the future by doing nothing to stop the hotter world we are slowly creating.

Consider what your reaction would be if a doctor said “you have cancer” and showed the test result backing the diagnosis. You might feel denial, or depression, but most of us would accept the diagnosis and choose to fight it. I urge all true conservatives to join the fight, before it’s too late. 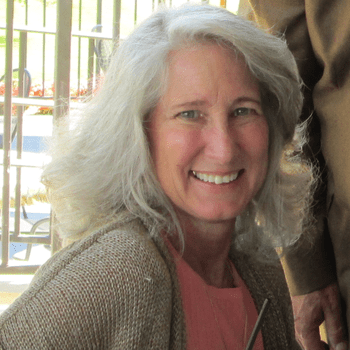 I like your view that stopping climate change is a conservative cause. By definition, a conservative viewpoint dislikes and distrusts change, but change is upon us. The best approach is to reach for the opportunity which changing conditions provide. Coal is no longer a viable industry; it isn't even competitive in the energy race with natural gas. But the future is in clean energy and to be an economic power house and strong economy the new frontier is in renewables. If America can jump on that opportunity, there will be good jobs aplenty. When we moved from horse and buggy to the automobile, furriers lost their jobs, but car manufacturing created a huge middle class and opportunity for many. Today it is battery design and manufacture, electric vehicles, wind and solar energy. So many new and upscale jobs. We should reach for this opportunity with both hands. America has the technical know how and inventiveness, but we are ceding this to China by our denial. For those who reply that we have always had these cycles in drought and wet, heat and cold, I agree that it is hard to tease apart what is happening based on those indicators. Our scientists and politicians have done our people a disservice. These scientist have fed us simplistic explanations without really explaining; like we were children unable to grasp the actual data. I know people are smart and can figure this out if given the information. Temperature, and even the name climate change, is really just a proxy for the data that the scientists are seeing. Yes cycles happen. But we can't judge what is happening by looking at our reservoirs or temperatures. Those are just responses to the real underlying cause for the changes. Looking at the ice core data of the atmosphere from the last 800,000 years the data is less vague. From 800,000 years ago to 1950, the ice core data shows levels of CO2, carbon dioxide, cycling from 180 to 300 parts per million (PPM) in earth's atmosphere. It peaked 8 times in 800,000 years. The last time was 125,000 years ago and then dropped to 180 PPM. Then, about 11,000 years ago it began to rise again. By 1950 the atmospheric levels of CO2 reached 320 PPM. This time, instead of dropping again as it had done every other time, it spiked. By 2008, the atmosphere reached 410 PPM, an increase of 90,000 PPM. This spike is twice as high, above the low of 180 PPM, as any other peak the earth has seen in the last 800,000 years. What is the source of CO2? Humans. Population explosion, agriculture, and fossils fuels since the industrial revolution have altered our earth's ability to self correct. Alas, I am in despair because I believe that we have past the tipping point. The ice packs around the world are melting so we are losing our cooling ocean currents. The permafrost is thawing and releasing methane, increasing the CO2 in the atmosphere. We now need to mitigate the damage and adapt as quickly as possible. New technologies are being invented which can reabsorb the CO2 from the atmosphere. Long life batteries are nearly here. Each of us can adapt, and must. In the process, reach for the new opportunity and truly keep America great.