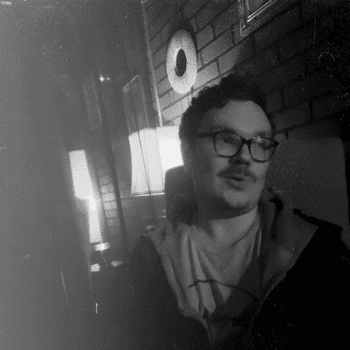 The Montrose Daily Press Managing Editor and one of your NABURs.

Do you have questions for Justin Tubbs?

Log in to ask Justin Tubbs questions publicly or anonymously.

Gifts for needy children for the holidays

This past weekend I picked up a card from the "Angel Tree" at Starbucks. Went and bought a few gifts for an 8-year-old boy.

I've done this a few times over the years, sometimes with Operation Christmas Child, where you pack a box for a kid, often overseas, I believe. The Angel Tree at Starbucks was for local kids. I'm pretty sure the Salvation Army here in town has a tree as well.

But I was wondering if anyone knows whether there's a best organization to go through for these sorts of charities. For instance, I was wondering if Starbucks gets some kind of tax kickback for it and whether I should consider going through someone else in the future. If you know the answer, share. Or if you're interested in what charities are the best to give to around the holidays but don't really have a guide, I might be willing to look into it if there's enough interest.

Liked by Sean Flannelly and 2 others

Must dial 970 starting later this year...

@Josue Perez  wrote a story that published today about the new National Suicide Prevention Lifeline number. Read about it here. It's a good thing, as the current number for the Lifeline is quite lengthy (it's being changed to 988).

But with that, some area codes are affected. The 970 area code is one of them. Essentially, moving forward, folks dialing within that area code (and several others around the country) will have to dial all 10 digits rather than just the seven.

I've been on a cell phone forever, and I've moved around a lot. I haven't owned a house phone once in my adult life, so I've always been accustomed to dialing 10 digits. Do any of you dial without the area code? And will the change be tough for you?

Liked by Josue Perez and 1 other

Body Cam Footage and the Law

I wanted to discuss an issue that is more relevant than it's ever been, and that's body cam footage and police accountability. Under Colorado's Open Records Act, body cam footage is classified as an open record. So when we began reporting on the shooting death of Paige Schmidt near Hotchkiss, we naturally requested the body cam footage off the camera of the Delta County deputy who shot her, apparently during a high-speed pursuit.

As you can see in the story linked above, we don't have much info — not even the name of the deputy involved. Agencies are currently allowed to withhold such open records if the records are "contrary to public interest." You can read about it all here in this lengthy document from the Colorado Best Practices Committee for Prosecutors.

Well, using the reason that the footage is "contrary to public interest," the Delta County Sheriff's Office denied our request. (Read their email response in the screenshot attached below.)

It was expected; it happens all the time that public agencies throw up roadblocks for reporters — sometimes for legitimate reasons. What would be helpful is a bit of information as to how the release of body cam footage would compromise the investigation. I don't doubt there have been threats against the deputy involved — that sort of thing happens often in cases involving an officer-involved shooting (but do those sort of threats make the footage contrary to public interest?) And lastly, while I definitely sympathize with a the grieving family members, that, in my opinion, has little to do with "public interest."

Good news for reporters and the public at large: Last year the Colorado Legislature passed a bill that will require agencies to release body cam footage, doing away with the "contrary to public interest" reason for withholding footage. Specifically, that applies when there is a complaint against an officer, but, to be clear, we don't know at this time whether there is an official complaint against the deputy involved in the local incident, but there were some questions about the incident on Facebook from family members this week. The new law doesn't go into effect until 2023. Read all about how it applies to body cameras in this report from the Freedom of Information Coalition.

What do you think about the law as it is now and how it will be beginning in 2023? Do you think the body camera footage in the Hotchkiss incident is of public interest?

Liked by Josue Perez and 4 others

A couple friends and I took a trip to the West End this weekend for a little camping in Big Gypsum Valley. I was almost reluctant to share about this spot because it's so remote. It's gorgeous. The Dolores River flowed right next to our campsite, and there was plenty of hiking and 4WD trails in the area. Only saw two other cars the whole weekend in the area. It was quiet.

Liked by Josue Perez and 3 others